Awhile vs. A While

Awhile vs. A While

You've probably noticed that this can either be one word (awhile) or two words (a while). Do you know when to use each one? Do you know which one to use after a preposition like for or in? Here's the scoop!

When a while is two words, a is an adjective and while is a noun meaning "a period of time." 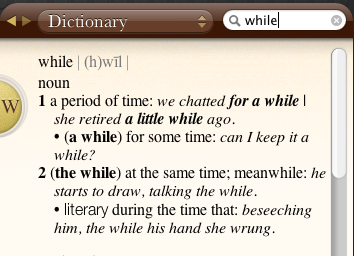 Since while is a noun, we can use this two-word version after prepositions.

We watched the show for a while.

I'll be back in a while.

Here are sentence diagrams of those two sentences. You can see that the prepositions (for and in) are on slanted lines and the object of the preposition (while) is on a horizontal line after it.

For a while and in a while are prepositional phrases.

We watched the show for a while.

I'll be back in a while.

When awhile is one word, it is an adverb that means "for a short time." 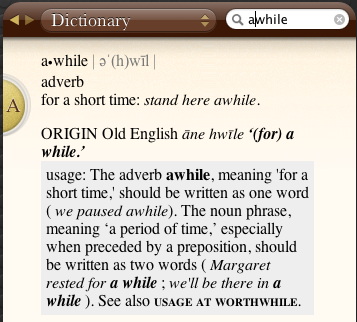 Awhile is an adverb. Since prepositions need an object of the preposition after them (a noun or pronoun), this one-word version is not the correct choice after a preposition.

We watched the show for awhile. --> Incorrect

I'll be back in awhile. --> Incorrect

You need the two-word version after a preposition.

Now you're probably wondering when you would use awhile. Well, it's an adverb, and remember that adverbs modify verbs, adjectives, and other adverbs. With this particular adverb, I can only think of examples of it modifying verbs.

The adverb awhile is modifying the verbs sit and talked. We diagram adverbs on slanted lines under the words they are modifying. 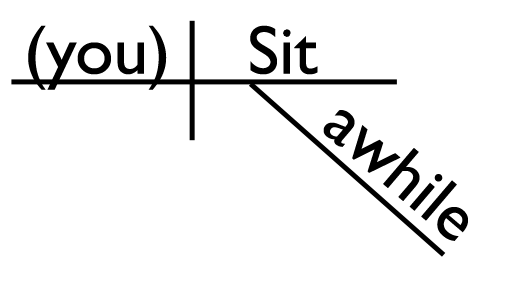 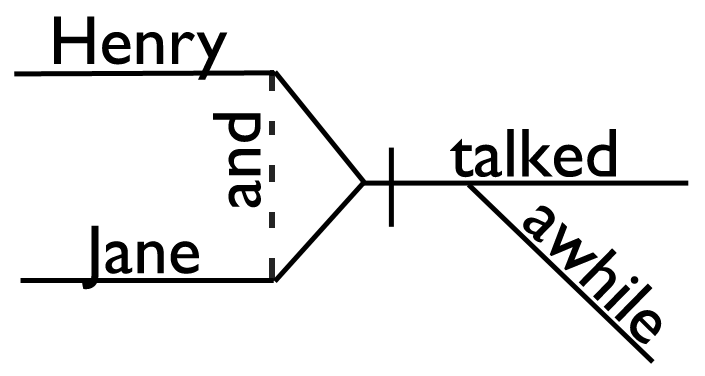 I know it's a bit confusing because the definitions for while and awhile are very similar. Just try to remember that awhile is an adverb and while in the two-word version a while is a noun.