Clauses are groups of words with a subject and a verb.

Wow. That was short. You won't have a hard time memorizing that definition! You should memorize it, by the way. There are two main types: independent and dependent. 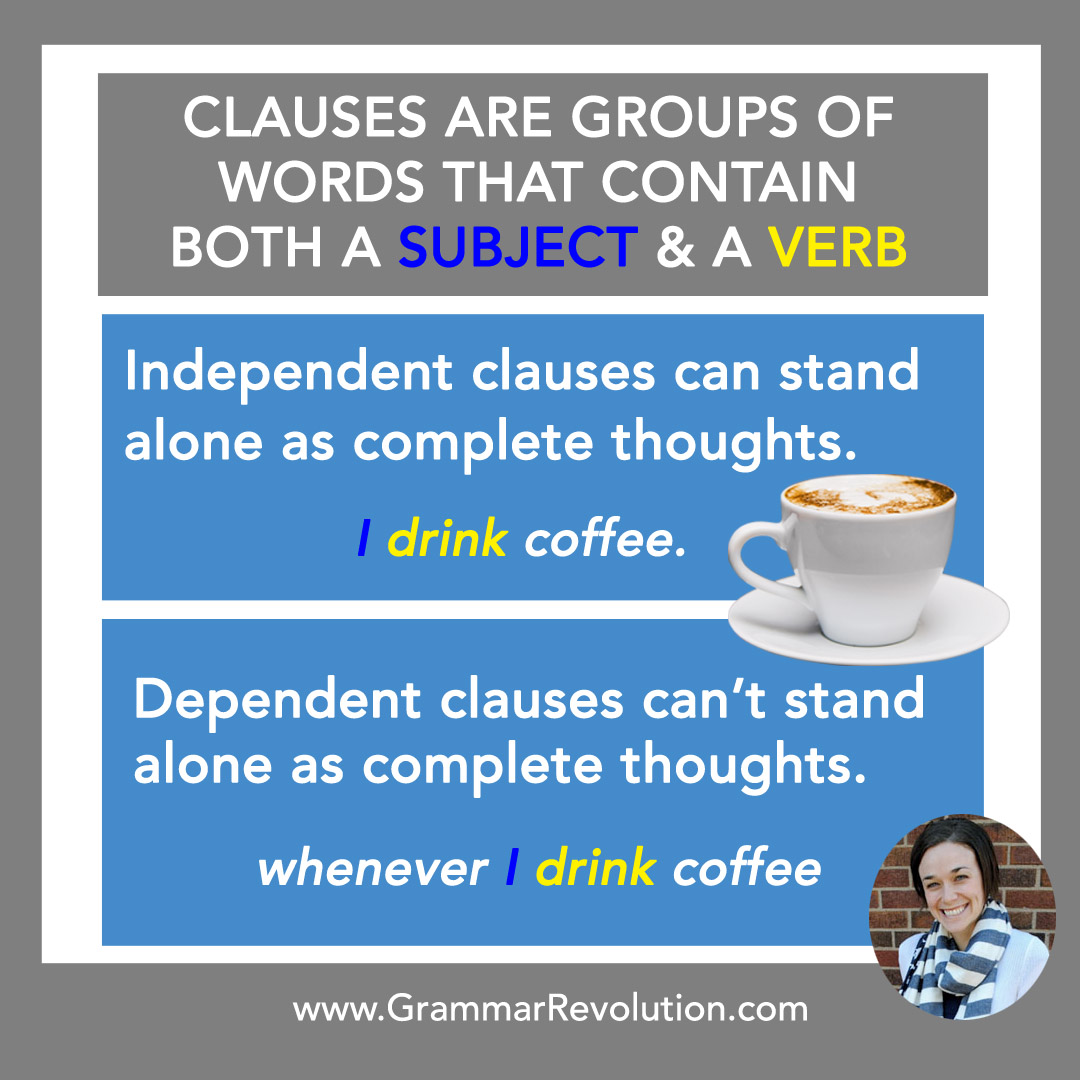 These can stand alone because they express complete thoughts.

The sun rises in the east.

These can't stand alone because they don't express complete thoughts.

since I drink coffee

whenever the sun rises

because I love stories

Do you want to know the super cool thing about these? They act as one part of speech! Isn't that crazy?

All of the words come together to act as an adjective, adverb, or noun.

We can divide these into categories based on what part of speech they function as. When we do this, we get three categories.

The three types of subordinate clauses are adjective, adverb, and noun.

Click on the links below to get in-depth lessons on each one! 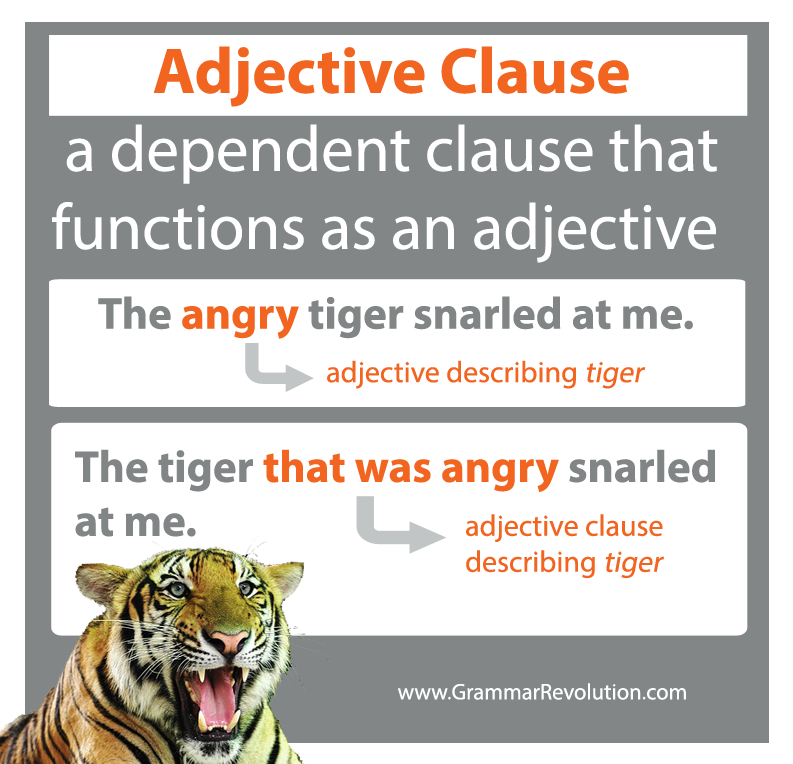 These function as adjectives.

That means that they modify nouns or pronouns. Read more about these.

They are often introduced by special words called relative pronouns (who, whose, whom, that, which), but they can also be introduced by relative adverbs (where, when, why).

Who looked happy is modifying woman.

Check out the sentence diagram of that sentence. Notice that the diagram shows the adjective clause connected to woman, the noun it is modifying. The diagram really SHOWS that these function as adjectives. Isn't that neat? 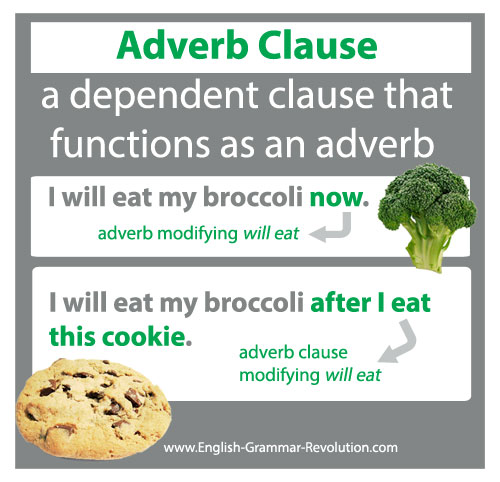 These function as adverbs.

That means that they modify verbs, adjectives, or other adverbs. Read more about these.

These are introduced by subordinating conjunctions (after, before, if, since, until...).

I read because I love stories.

Because I love stories is modifying read.

This is how we would diagram that sentence. Notice that the diagram shows the adverb clause connected to read, the verb it is modifying. 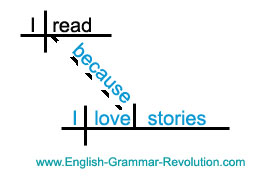 You might want to check out elliptical clauses﻿ as well. They are subordinate and they act as adverbs, but some of their words are implied. You can read more about them here.

Are you surprised to discover that these act as nouns? You probably already used your powerful brain to figure that out. Read more about these.

These can do anything that nouns can do.

Sometimes these are introduced by words called noun clause markers, and sometimes they have no word introducing them at all!

When we quote direct speech, we often use these. (My mother said, "Elizabeth loves the library.")

My mother knows I love the library.

I love the library is the direct object of the verb knows.

Do you know what a clause is now? I hope so!