Here is everything you need to know about diagramming clauses! (Be sure to check out the Sentence Diagramming Reference Manual, which includes even more awesome information than you'll find on this page.)

This page doesn't include much instruction about each of these sentence diagrams, but you can click on any of the links to read a thorough lesson on each of these topics. Have fun! :)

Adjective clauses are a type of dependent clause which act as adjectives. They can modify any noun or pronoun in a sentence. You might know them as relative clauses.

Adjective clauses are often introduced by relative pronouns (who, whom, whose, that, which). 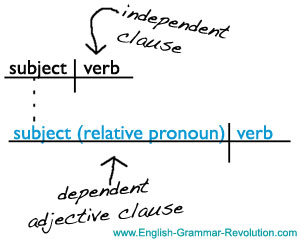 Here's an example sentence of an adjective clause modifying the subject of the independent clause.

Noun clauses are a type of dependent clause acting as nouns. That means that they can do any of the noun jobs (subject, direct object, indirect object, predicate noun, object of the preposition).

This diagram shows a noun clause acting as the subject of the independent clause. 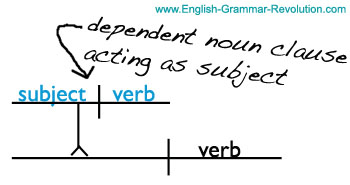 This diagram shows a noun clause acting as the direct object of the verb knows.

My mother knows I love the library.

Adverb clauses are dependent clauses which act as adverbs. That means that they can modify verbs, adjectives, or other adverbs. 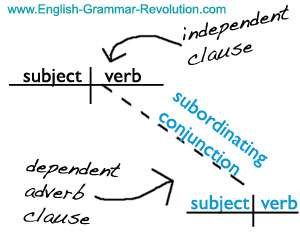 Elliptical clauses are a type of adverb clause where the subject, verb, or both are left out. Diagram the implied words in parentheses.

David is faster than his brother.

It's as if that sentence says...

David is faster than his brother (is fast).

All of the above clauses (adjective, noun, adverb, elliptical) are types of subordinate clauses. You can learn more about diagramming clauses here.

These clauses can stand alone without any help. This example shows a very basic independent clause, but they can be much more complicated. 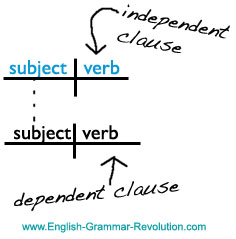 
Get this information (and more) as a book!

We LOVE your curriculum. I had been searching for something that would help me teach this when we found you at the Homeschool Convention. I tell everyone who will listen about your program and how they will not regret getting it for their children (and themselves).

Did you have fun diagramming clauses? I sure hope so!


Back to Sentence Diagramming Index