While searching through some vintage Halloween cards, I noticed that Halloween was often written Hallowe'en.

Since most people in the United States don't spell Halloween with an apostrophe any longer, these images made me wonder what kind of history the word has. 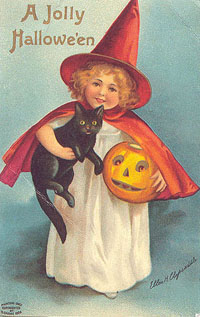 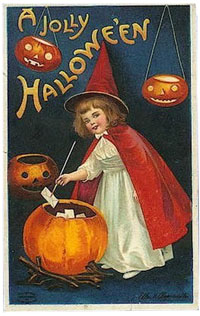 The black hat is part of Alice's costume.

The apostrophe in Alice's tells us that the costume belongs to her. 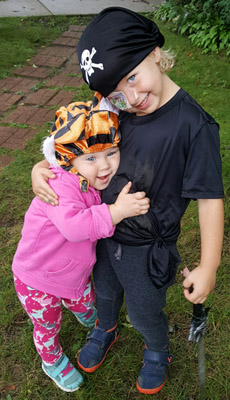 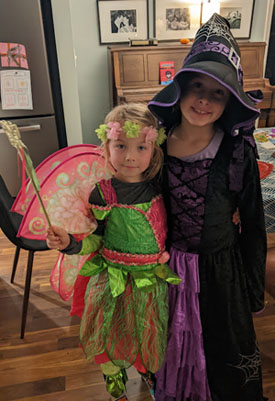 2. They show omission of letters or numbers.

We use apostrophes to form contractions. The apostrophe in shouldn't stands for the missing o. Shouldn't is a contraction for should not.

Dot your i's and cross your t's.

The word Halloween is derived from the words Hallow Even.

Hallow means holy or saint, and even means eve, the night before something.

November 1st, the day after Halloween, is All Saints' Day.

Hallowe'en is a contraction for Hallow Even, the night before All Saint's Day. The apostrophe stands for the missing v. 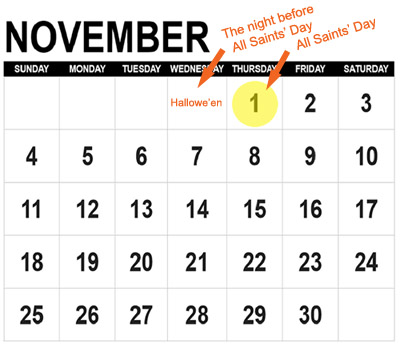 According to the Oxford English Dictionary, people have been writing this word without the apostrophe since 1773, but I've also read that it's not uncommon for people using British English to still use the apostrophe today.

Here are two charts showing the usage of Halloween and Hallowe'en in books. The first chart is with American English and the second is with British English.

Since we're already talking about Halloween and apostrophes, let's go over that strange apostrophe in jack-o'-lantern.

This is another case of an apostrophe used for a contraction. 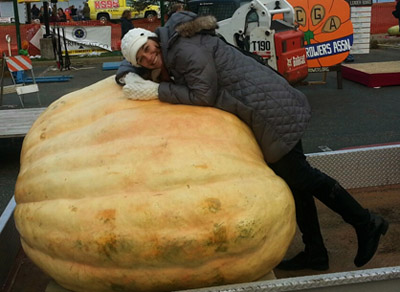 How many pies could you make from this pumpkin?