It's time to learn about proper nouns and common nouns. Are you ready? Great! 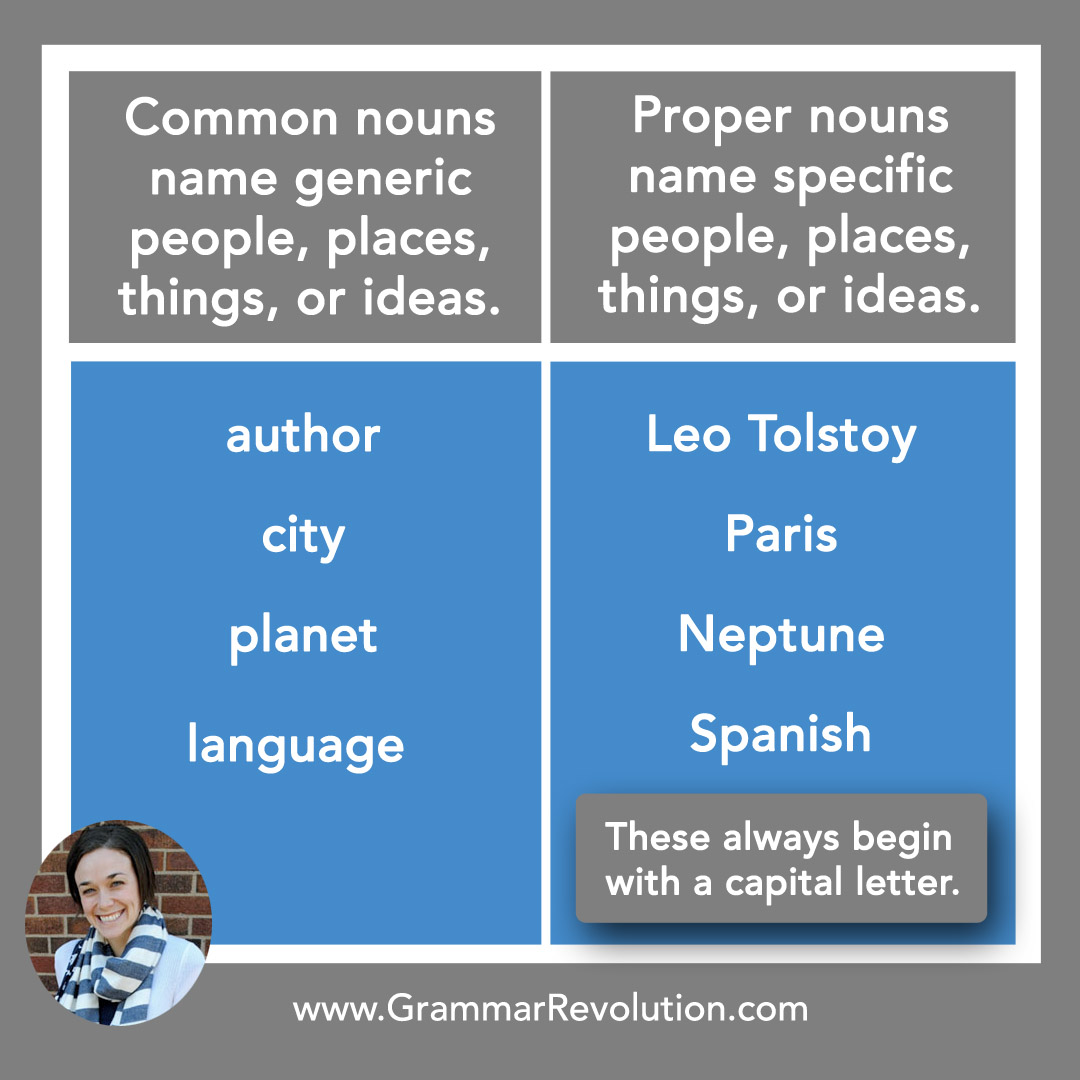 You probably already know what a noun is, but I'm still going to give you a little refresher. :) Nouns are words that name people, places, things, or ideas. There are many different types of nouns, and in this lesson, we'll go over two of them: common and proper.

Learning about common nouns will help you understand proper nouns, so let's focus on common nouns first, and then we'll see what the relationship is between them.

Notice that we don't know exactly which woman, city, or dog we're referring to.

Since these nouns aren't naming anything specific, they don't need to start with a capital letter unless they begin a sentence.

These are nouns that name specific people, places, things, or ideas.

Since these nouns are naming specific things, they always begin with a capital letter. Sometimes, they contain two or more important words.

If this is the case, both important words are capitalized, and the whole thing is still considered to be one noun even though it's made up of more than one word. These are called compound nouns. How about that?

Every proper noun has a common noun equivalent.

However, not every common noun has a proper noun equivalent.

What Can They Do?

Both of these kinds of nouns can perform many jobs in sentences. Below, you'll find five noun jobs. (All of the nouns in these example sentences are common.)

These examples also include sentence diagrams. Sentence diagrams are pictures of sentences that basically make the grammar in the sentence visual. That sounds kind of strange, but it's true. Figuring out a sentence's diagrams is like solving a puzzle. Diagrams are a great way to learn grammar!

4. Object of the Preposition Their friends smiled with glee.

5. Predicate Nominative They were grammar champions!

Thank you for your website. It helps solidify my attempts at getting my students thrilled about proper grammar!