When do you need a comma between adjectives?

When do you need a
comma between adjectives?

2. We walked down the long, narrow path.

If you've ever Googled this question, you've probably landed on an article stating this rule: use a comma between coordinate adjectives.

That rule sounds simple, but it's a bit hard to apply because no one knows what a coordinate adjective is!

Let's untangle this one together.

But First ... What Are Adjectives?

Before we explore coordinate adjectives, let's have a little refresher on adjectives.

They usually answer the adjective questions.

Which one? What kind? How many? Whose? 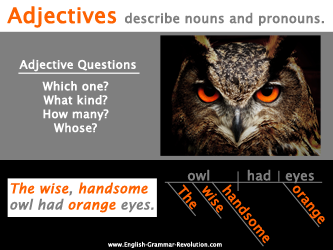 What Are Coordinate Adjectives?

Coordinate adjectives modify the same noun independent of each other. They hold equal weight.

They perfectly fit the definition of coordinate! 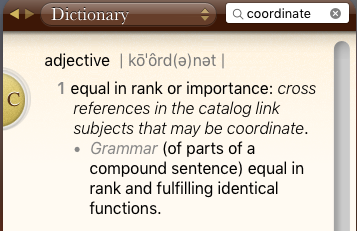 We walked down the long, narrow path.

This is how coordinate adjectives work.

If adjectives are coordinate, put a comma or the word and between them.

What Are Cumulative Adjectives?

These adjectives also live up to their name.

Cumulative adjectives describe, not only the noun, but the combination of the next adjective and the noun.

Cumulative adjectives build upon one another to modify a noun. 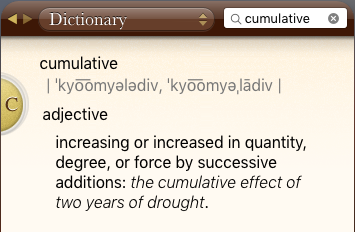 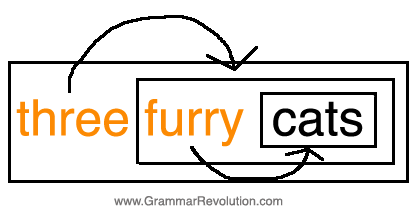 This is how cumulative adjectives work.

If adjectives are cumulative, don't put a comma between them. That would break up their cumulative effect!

It's not always easy to identify adjectives as coordinate or cumulative, but there are two tests that we can apply in order to help us figure it out.

A Note To Non-Native Speakers

The drawback of these tests is that they rely on the sentence "sounding normal" or not. If English isn't your native language, these tests may not be very helpful for you because you may not have enough experience with what "sounds normal" and what doesn't. Proceed with caution!

Test 1. The And Test

Three and furry cats cuddled on my lap. --> No

This doesn't sound good. Three and furry are cumulative adjectives. They shouldn't have a comma between them.

Let's apply this test to our other example sentence.

We walked down the long and narrow path. --> Yes

This sounds good. These are coordinate adjectives, and we should use a comma or the word and between them.

We walked down the long, narrow path. --> Yes

Why does this test work?

Furry three cats cuddled on my lap. --> No

This doesn't sound normal. These are cumulative adjectives, so there shouldn't be a comma between them.

Let's apply this test to our second example sentence.

We walked down the narrow, long path. --> Yes

This still sounds okay. These are coordinate adjectives, and there should be a comma between them.

We walked down the long, narrow path. --> Yes

Why does this test work?

You know that I love diagramming sentences, so you might be wondering if diagramming these adjectives will help you figure out if they are coordinate or cumulative.

Whew! You made it with me all the way to the bottom of the page! Since you had the tenacity to read through this whole lesson, I think that you deserve a gold star. This is for you. 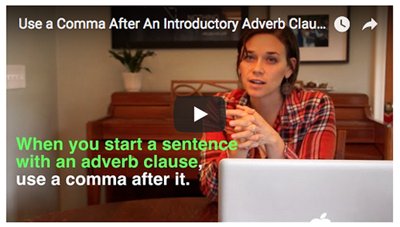 Use a comma after an introductory adverb clause.

What do apostrophes do?