Use the examples of adjectives below to help you understand adjectives a bit better. For more information on adjectives, see the adjectives page. Here we go! 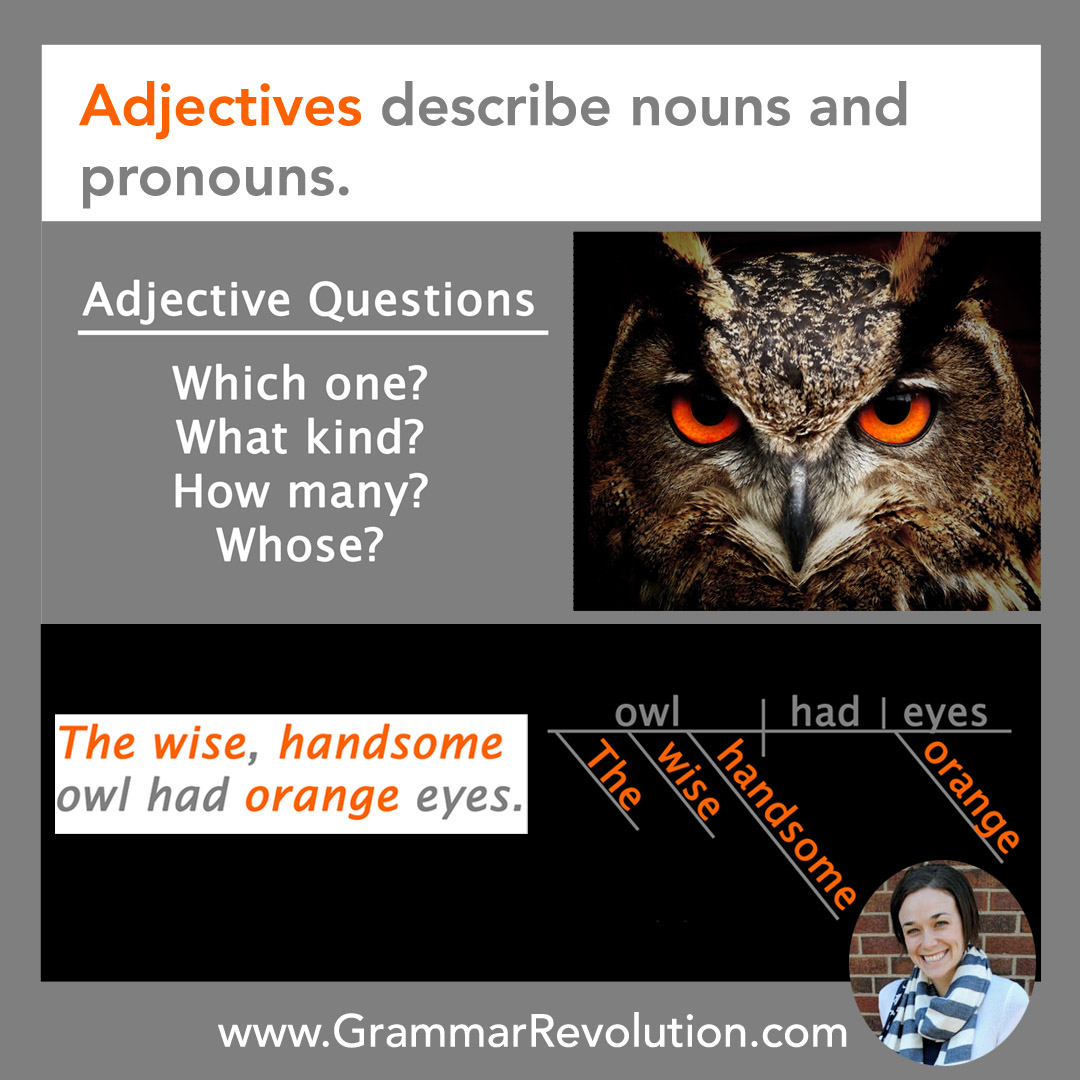 They tell us which one, what kind, how many, and whose. (We call those the adjective questions.)

These are formed from proper nouns. They always begin with capital letters.

There are only three of these special types of adjectives!

Most adjectives can be described in degrees. This means that something can have more or less of the adjective's quality.

These can still be given in degrees, but they don't follow the patterns listed above.

Adjectives That Can't Be Comparative or Superlative

Some adjectives don't have degrees. There is only one level of these adjectives.

Half is an example. Something cannot be more half than something else. It either is half, or it isn't.

Sentence diagramming is a visual way to show how the words in a sentence are related to each other. When you see them diagrammed, it's easy to see that adjectives modify nouns and pronouns. They go on a slanted line below the noun or pronoun that they modify.

Try not to get overwhelmed. If you learn diagramming with any of my books or programs, you learn this in an easy, step-by-step way!

This kind of adjective only comes after a linking verb, and it describes the subject of the sentence.

Back to Word Lists

Read the examples of adjectives? Click here to learn more about them.