Directions: Use the clues below to see if you can figure out each sentence and how to diagram it. You'll find the answers at the bottom of the page. Have fun! 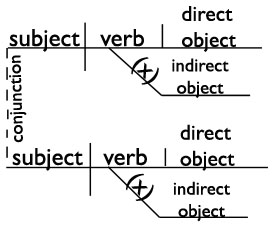 This sentence is the first line of the poem On the Grasshopper and Cricket by John Keats. It reminds me that the world is full of life even in the middle of cold, icy winters.

The poetry of earth is never dead.

Give me liberty or give me death! 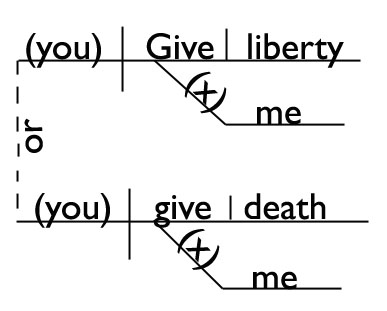 The poetry of earth is never dead.

Do you want to learn more? Learn how to diagram sentences with this book or this program.

I finally passed my exam! Thank you very much!